Funkdafied Entertainment held a shorter 6-match untitled event at the Marshall County 4H Fair in Argos, IN at 7:30pm on Tuesday, July 18, 2017.

Here’s a picture of the layout. The event was held in the Grandstand, with the ring sandwiched in between the bleachers and the horse show arena. 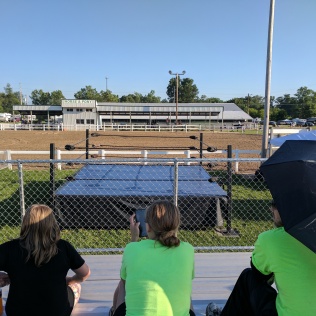 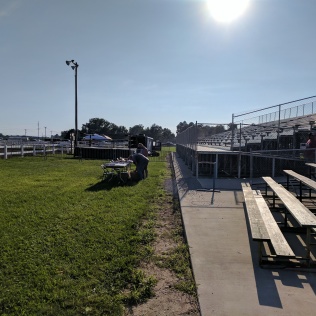 This set up led to several questions.  I will pose the questions here, then repeat them at the end, with answers.

The show begins with a tease of a pre-show match when 5-6 teens haul over a canopy to cover a merch table and protect delicate Hardcore Harry from the sun.   During this process, a teenage girl gets yelled at by a slightly older woman who hollers at the girl for using profanity earlier in front of an 8-year old.  Of course, this person’s shouting was filled with expletives of her own, and were clearly audible to everyone in the stands, including children younger than 8.  Her Irony Detectors were not functioning.  This did not escalate into a physical altercation, sadly.

JD Smooth is out to thank the folks who helped organize the event, but then make it clear he’d rather be anywhere but here, and that he’s not a Hairy Toothpick! The first match is an over the top Battle Royal featuring, well, everyone who was there for any match. Hardcore Harry takes off his shirt to compare hairyness with the Hairy Toothpick.  I don’t know what kitchen implement should be associated with Hardcore Harry to call him Hairy … Soup Ladle?  Spatula?  Lightning Bolt Johnson is the last man in the ring. 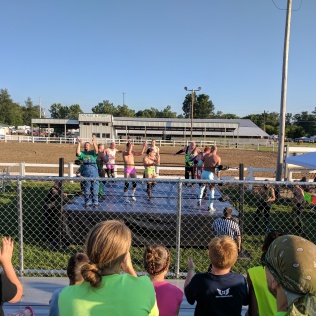 The Police Department, hit hard by personnel cuts, apparently, is out to take on Brute Force: Tank and JC Bunyan.  Rod Street announces he gave everyone else the night off, and Sheriff Eva Lonis will be his partner.  (Congratulations to Eva Lonis on her promotion from Lieutenant to Sheriff!)  I am a bit emotional right now, as this is the first time I’ve seen Brute Force together in a match; when I started learning about FWF last year, Brute Force had split up and JC Bunyan and Tank were enemies.  It’s good to see the brotherhood back in play.  Sniff sniff.  During a snafu, Eva gets pepper sprayed and accidentally pins Rod Street.  She celebrates her victory blindly, until JC Bunyan pins Rod Street for real. 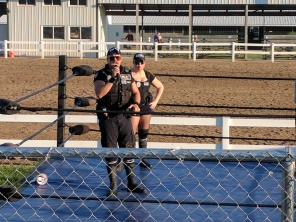 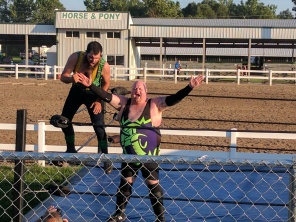 Matt O’Hare is introduced as “The Answer”, but I don’t know the question.  Sometimes he is part of Team Legend-Dairy with Alexander S Kirk, i.e. ASK, so maybe when you hire them it’s, “ASK and you shall have The Answer”?  (Wow, that’s a stretch.  I blame the heat.) Matt O’Hare defeats Fireball with an elbow drop from the top turnbuckle.  Here (left) we see Matt O’Hare winning friends and influencing people. Apologies to Fireball for not getting a picture.  Meanwhile, in the

next match, Alexander S. Kirk takes on Cosmo.  A certain portion of the crowd seemed underwhelmed by the extent of actual wrestling with, you know, actual holds and stuff; they just wanted these two to punch each other in the face.  There were handshakes before and after the match, which Cosmo won after Kirk’s attempt at a suplex / backdrop / sort of thing went wrong. 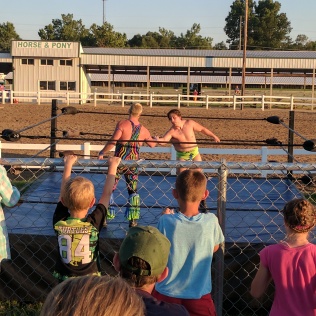 American Eagle defeated Jackie Chen.  Poor Jackie Chen was without his manager.  Finally, we had J Rocc come out and insult the crowd for a while, before his opponent Lightning Bolt Johnson appeared.  Then JD Smooth came out for some shenanigans, and Cletus Farmer came out to even the odds.  And this is how tag team matches happen! 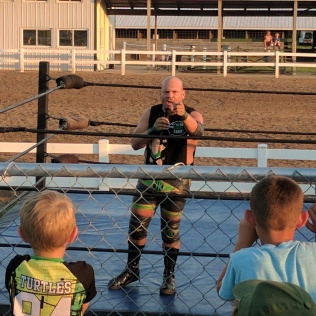 The good guys win to end the night.  (I mean LBJ and Cletus, not you, JD Smooth, you Hairy Toothpick!) 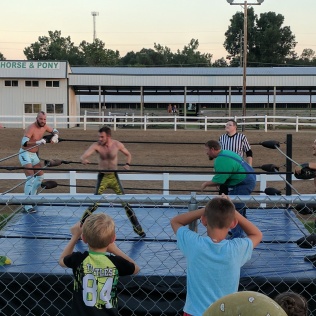 Here are the questions I asked earlier.

The next FWF event is Firestorm, to be held at the Center Lake Pavilion in Warsaw, IN on August 19 at 7:00pm or possibly 7:30pm EST.

To end things, let me point out that I never would have had any reason to go to the Marshall County 4H Fair if it wasn’t for wrestling.  That’s awesome.  The fair had everything to be expected:  cows, goats, horses, rusty & squeaky rides, 4H displays, tractors, and lots and lots of yummy food.  I now know that JC Bunyan uses a walleye sandwich as pre-match energy.   I ended the night with a wood fired chicken quesadilla.  Yum yum.  Here are some pictures to put everyone into that county fair state of mind. 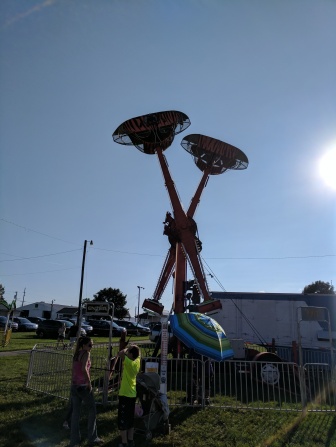 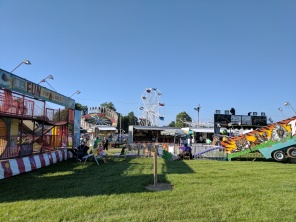 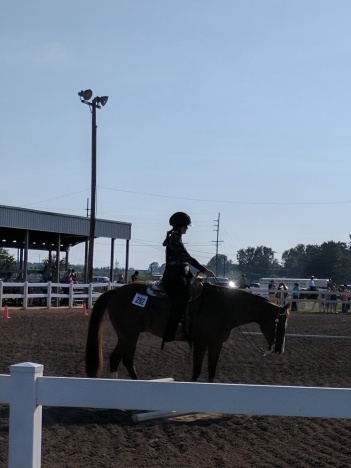 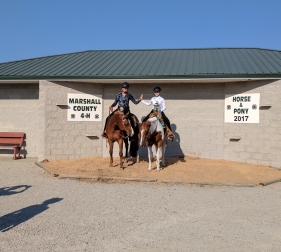 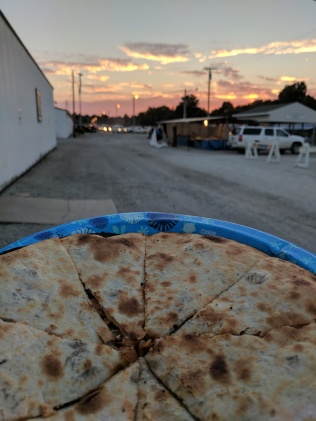